The Remarkable Success on the Rarest Case at Siriraj

On July 22nd, 2019, a group of extraordinary surgeons and anesthesiologists performed one of the rarest remarkable procedures in Siriraj Hospital, the separation of conjoined twins. The girls were discovered by ultrasound at 13 weeks gestational age of having their torso connected anteriorly. After careful planning, they were delivered via cesarean section on the 22nd of April and have been thriving and doing well since. Upon delivery, physical examination confirmed their lower chest and upper abdomen were connected, classified as thoraco-omphalopagus type. Magnetic resonance imaging confirmed separated heart chambers with shared pericardium and liver fusion with separate biliary and gastrointestinal systems. After months of cautious planning by a multidisciplinary team consisting of a neonatologist, pediatric intensivist, pediatric anesthesiologist, and surgeons including cardiothoracic, pediatric surgery, and plastic surgery teams, this major operation was planned when the twins became 3 months old.

The anesthesiologists were assembled in 2 teams working together at first. The anesthetic induction was crucial oblivious of how the medication distributed between the twins and intubating in the lateral decubitus position. In combination with venous access and line insertion, the entire anesthetic task endured for 3 hours until the surgery team started. The entire surgical separation lasted 7 hours and 45 minutes, employing 8 anesthesiologists attending staff, 8 surgical attending staff, and 9 surgical assistants.

Accordingly, the first sister required prosthetic sheath for coverage of the defect in the abdomen and chest wall, whereas the second sister sustained a primary closure. The twins are currently doing well with the little sister recovering at home and the big sister awaiting abdominal wall reconstruction. Since 2002, a number of conjoined twins were thoroughly planned, surgically separated at Siriraj Hospital. They were exclusively female thoraco-omphalopagus type having joined liver, shared pericardium, and occasionally, heart chambers banded together or connected by an endogenous tube. All of them were successfully separated and survived. 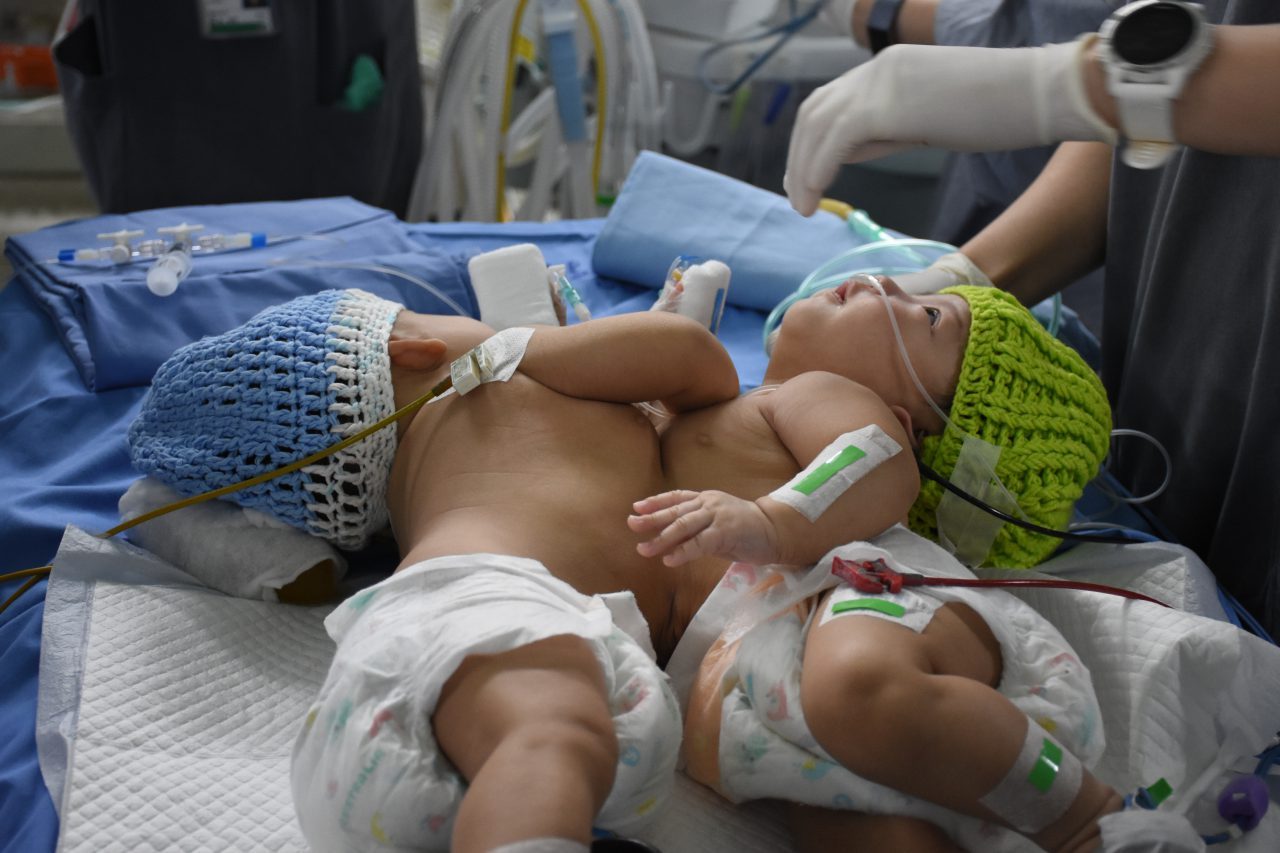 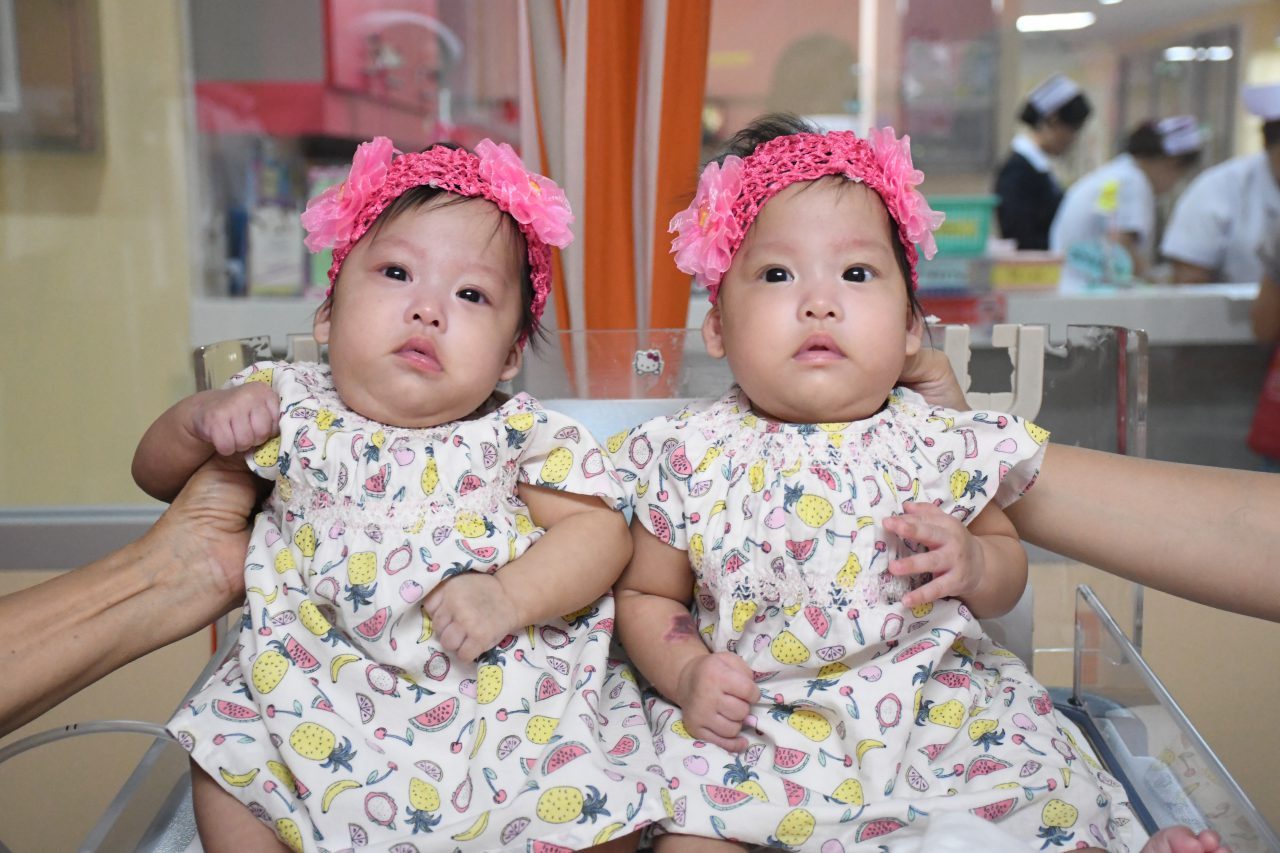 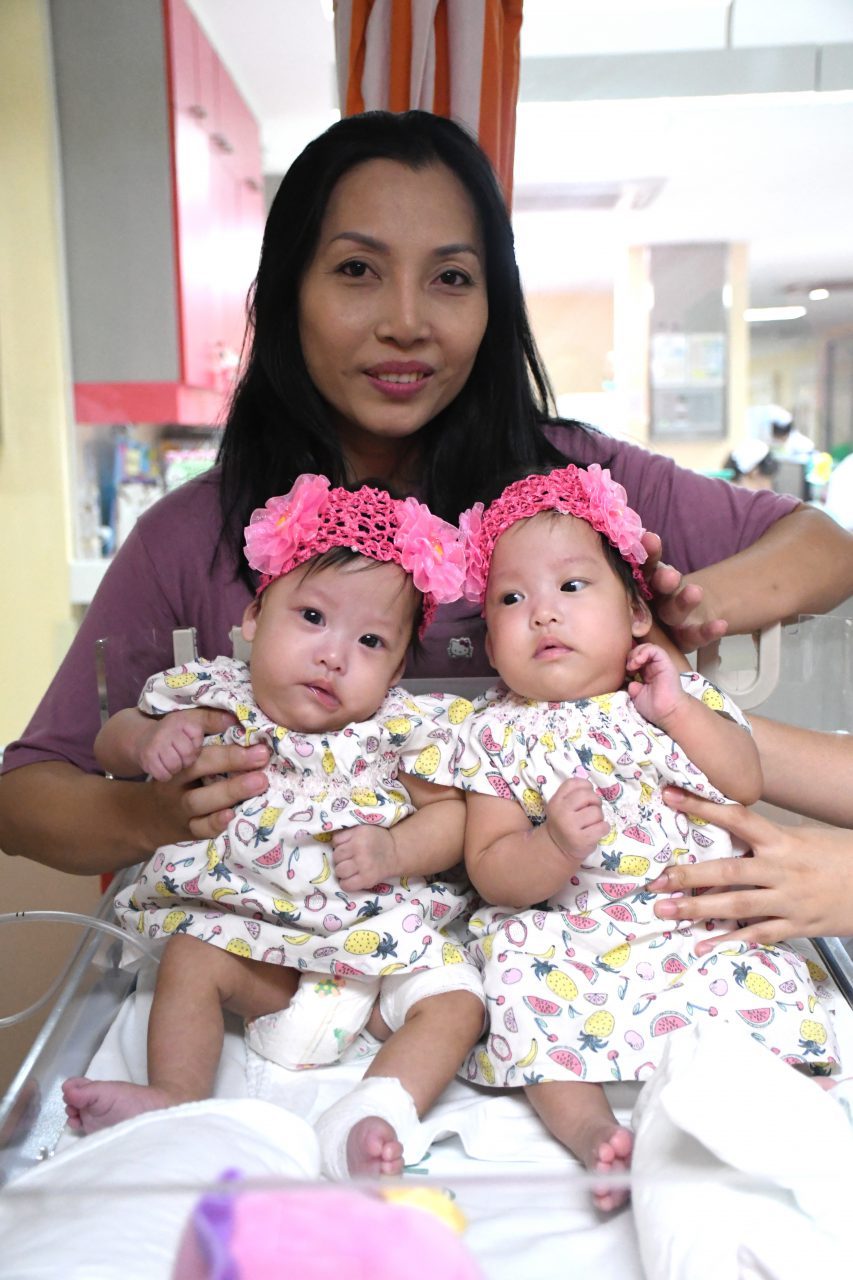